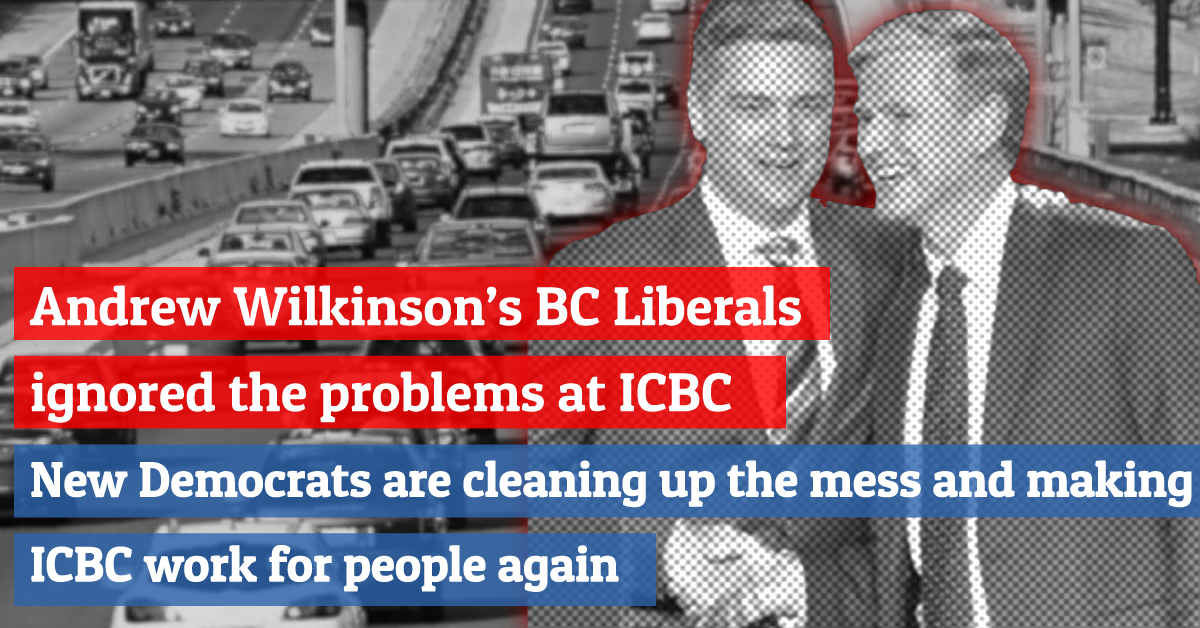 The B.C. Liberals were blatantly dishonest with people about the financial mess they created at ICBC, and about what it meant for people’s rates.

Even worse – as a direct result of claims initiated under the B.C. Liberal government and because they ignored advice on how to keep claims under control – ICBC is looking at a staggering $1.3 billion loss in 2018.

B.C. Liberal MLA Todd Stone, who was the minister responsible for ICBC at the time, made it clear that Wilkinson bears significant responsibility for the B.C. Liberals’ bad choices at ICBC. At a B.C. Liberal leadership debate on November 19, 2017, Stone told Wilkinson: “I would remind you that you were sitting at the cabinet table with me for the last four and a half years, as we discussed ICBC many many times.”

A July 2017 report showed that ICBC rates could climb 30 per cent if significant reform was not undertaken. The BC NDP stepped in to prevent B.C. Liberal rate hikes.

British Columbians are still feeling the impact in their wallets from bad choices the B.C. Liberals made. John Horgan and the New Democrat government are working hard to fix the problems created by the BC Liberals, and are determined to make ICBC work for people again.